Today, in the 1962 Dominican Rite Calendar, we celebrate the commemoration of Blessed Innocent V, one of the four Dominican Popes.  The ferial office is prayed, and a commemoration is made of Bl. Innocent at Lauds only.

Time To Switch To Volume II 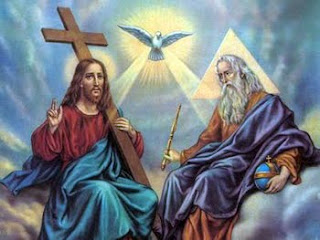 With the arrival of the Feast of the Most Holy Trinity, we officially close Volume I of the Dominican Breviary and open Volume II.  We opened Volume I in late November, to start the holy and penitential season of Advent.
From there, we went through the seasons Christmas, Epiphany, Septuagesima, Lent, Easter, Ascension and Pentecost.  Now, we open Volume II and settle in for the season of Time after Pentecost.  This season is marked by some wonderful feasts, such as Corpus Christi and the Sacred Heart, the Nativity of John the Baptist and Ss. Peter and Paul, and of course the Assumption. 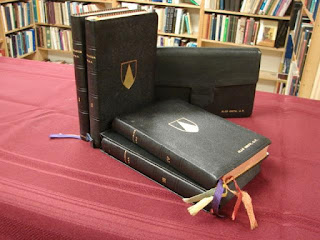 The Dominican Breviary has always been divided into two (2) volumes.  The oldest known editions, from the middle of the 13th Century, are in two (2) volumes.  Recently, Loome Theological Booksellers was offering a four (4) volume edition of the 1962 Breviarium S.O.P., but this was probably a custom edition that was made for someone.

So we bid farewell to Volume I, and begin the second half of the liturgical year.  When we pick up Volume I again, it will be to prepare for the season of Advent, when the year begins anew.
Posted by Breviarium SOP at 12:00 AM
Email ThisBlogThis!Share to TwitterShare to FacebookShare to Pinterest
Labels: 1962 Dominican Rite Calendar, Dominican Liturgical Year, History of the Dominican Breviary

May 24: Translation of Our Holy Father St. Dominic, III Class

Today, in the 1962 Dominican Rite Calendar, we celebrate the feast of the Translation of the Relics of Our Holy Father St. Dominic.  This is one of the three (3) traditional feast days in the Dominican calendar that were dedicated to our holy Father St. Dominic.  The other two being his feast day (August 4) and the miraculous appearance of a painting attributed to him at the Convent of San Domenico in Soriano Calabria in 1530 (feast day September 15 in the 1909 calendar, and September 25 in later calendars). 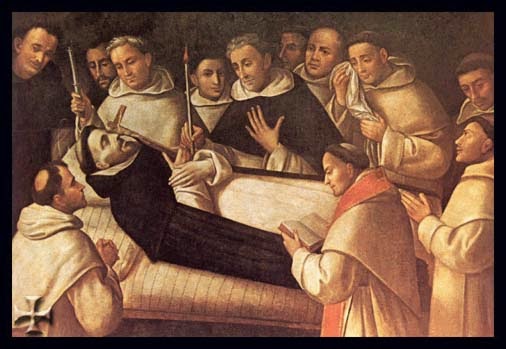 This feast was the last of the “translation” feasts which used to adorn the magnificent liturgical calendar of the Order.   In years past, the calendar included feasts for the translation of St. Thomas Aquinas, St. Catherine of Siena, and St. Peter Martyr.
Read more »
Posted by Breviarium SOP at 12:00 AM
Email ThisBlogThis!Share to TwitterShare to FacebookShare to Pinterest
Labels: 1962 Dominican Rite Calendar, Dominican Breviary Rubrics, Dominican Feast Days, Dominican Liturgical Year, Dominican Saints & Blesseds

Today, in the 1962 Dominican Rite Calendar, we celebrate the feast of St. Pius V, Pope and Confessor, of the Order of Preachers.  The feast is II Class, so the semi-festive office is prayed according to the rubrics 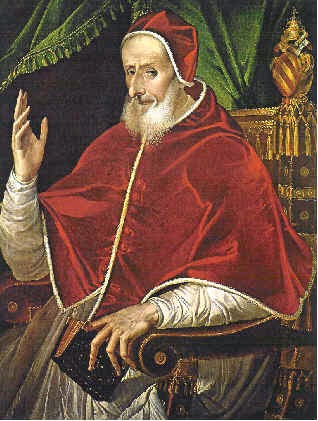 St. Pius V is one of my favorite saints (I often wonder if that is a Dominican Breviary in his hand in the photo above!).  Anyone who has been unwillingly thrust into a position of leadership, can sympathize with this humble man who wanted nothing more than to be a humble Dominican friar, yet found himself enmeshed in world affairs.  He is also another example of a canonized Inquisitor, the presence of whose feast in the liturgical calendar helps to dispel some of the toxic myths that the enemies of the Church have spread to further their war against almighty God and his one true Church.
As surprising as it may seem, given the reputation this holy Pope and friary had, it took nearly a century and a half after his death before he was canonized!  In his "History of the Dominican Liturgy", Fr. William Bonniwell, O.P., relates the story of his canonization:
Read more »
Posted by Breviarium SOP at 12:00 AM
Email ThisBlogThis!Share to TwitterShare to FacebookShare to Pinterest
Labels: 1962 Dominican Rite Calendar, Dominican Breviary Rubrics, Dominican Feast Days, Dominican Liturgical Year, Dominican Saints & Blesseds 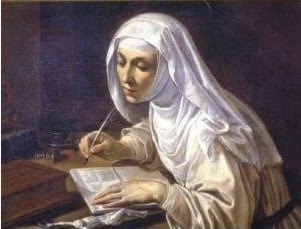 Today, in the 1962 Dominican Rite Calendar, we celebrate the feast of the illustrious St. Catherine of Siena, Virgin, Doctor of the Church, Patroness of the Third Order of St. Dominic. At the time the 1962 Dominican Breviary was published, her feast was II Class, though it could be celebrated as I Class by Tertiaries and Churches which bore her name. By the time of the publication of the English translations of the Breviarium S.O.P., the Order raised her feast to I Class. Accordingly, the festive office is prayed according to the rubrics.
From the Martyrology:

At Rome, St. Catherine of Siena, virgin, of the Order of our Father St. Dominic. While hardly more than an infant, she consecrated her virginity to Christ and preserved it unsullied until death. She was famed for her innumerable halos of virtue, and excelled in a remarkable innocence of life. Strengthened by Christ her Spouse in frequent sweet conversations, she merited to become a sharer in His sufferings and wounds. Lastly, she was distinguished by the gift of prophecy, by miracles, and by doctrine. Having frequently conquered and triumphed over Satan, she ascended to heaven to the happy embraces of her Spouse on April 29. She was buried in the Church of Santa Maria sopra Minerva, and Pius II inscribed her in the number of the holy virgins.

Today, in the 1962 Dominican Rite Calendar, we celebrate the feast of the illustrious St. Peter Martyr, martyr, of the Order of Preachers.  The feast is II Class and the semi-festive office is prayed according to the rubrics. 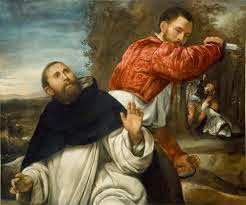 The Devotion of the 15 Tuesdays to St. Dominic 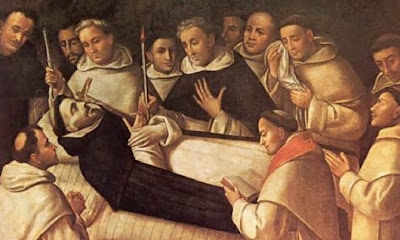 The tradition of dedicating Tuesdays to Our Holy Father St. Dominic takes its origins right from the beginnings of the Order. The first translations of the relics of our holy Patriarch took place on Whit-Tuesday (May 24) in the year 1233 at Bologna. Successive Chapters from 1239 to 1282 introduced various liturgical practices into the rubrics of the Mass and Office of the Order, as a means of fostering devotion to him.
Read more »
Posted by Breviarium SOP at 10:32 AM
Email ThisBlogThis!Share to TwitterShare to FacebookShare to Pinterest
Labels: Lost Traditions, Pious Traditions
Older Posts Home
Subscribe to: Posts (Atom)