The Ferial Office During Lent 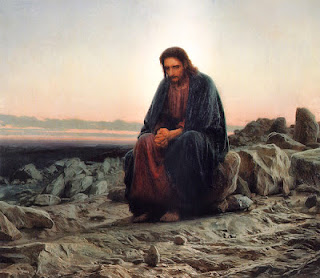 It seems as though we were just celebrating Christmas.  Already, the wheel of the liturgical year has moved through the seasons of the Epiphany and Septuagesima, and now we have entered the holy season of Lent.

In the Dominican Breviary, the ferial office in Lent season is similar to that of the Roman Breviary, with slight differences.

The ferial days in Lent (Quadragesima) are III Class, and take precedence over III Class feasts of saints and blesseds.  So when the III Class feast of a saint or blessed occurs on the calendar, a commemoration is made of that feast.

Though March is a sparse month in the in the 1962 Dominican sanctorale, it does contain the feast of the Angelic Doctor on March 7.  This feast, which temporarily lightens the heaviness of the penitential season of Lent is 1st Class in the Dominican Rite.  It takes precedence over the ferial days of Lent, so we only make a commemoration of the ferial office (error alert on my calendar!!) at Lauds and Vespers.
Read more »
Posted by Breviarium SOP at 12:00 AM
Email ThisBlogThis!Share to TwitterShare to FacebookShare to Pinterest
Labels: 1962 Dominican Rite Calendar, Dominican Breviary Rubrics, Dominican Liturgical Year

Today, in the 1962 Dominican Rite Calendar, we celebrate the feast of Blessed Henry Suso, confessor of the Order of Preachers.  Since his feast is III Class, and we are now in the Season of Lent, the Ferial Office of Lent is prayed and a commemoration of Bl. Susso is made at Lauds and Vespers only. 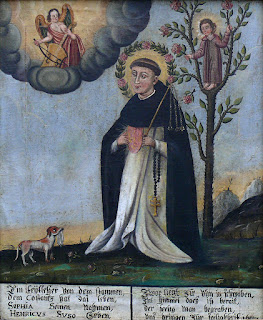 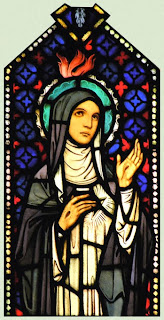 Today, in the 1962 Dominican Rite Calendar, we celebrate the feast of St. Catherine de Rici, virgin of the Order of Preachers.  The feast is III Class, so the Ordinary Office is prayed.  Like many II Class feast in the Breviary, her office contains propers as if the feast were II Class.  At Lauds, the Psalms of Sunday are prayed.

At Prato in Etruria, St. Catherine de'Ricci of Florence, virgin, of the Order of Preachers. She was remarkable for the abundance of her divine gifts, and was canonized by the Sovereign Pontiff, Benedict XIV. She died rich in virtues and merit on February 2, but her feast is celebrated today.


Also, at Pretiosa today, we remember the obit of Fr. Aniceto Fernandez, 82nd Master General of the Order, who died on this day in 1981.  He gave his approval to the 1967 English translation of the Dominican Breviary, and his name appears on the title sheet.

February 6: Anniversary Of Our Deceased Parents 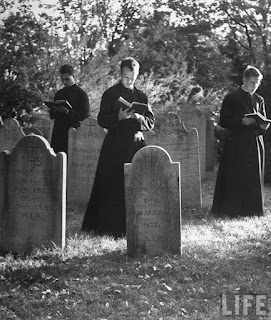 Today, in the 1962 Dominican Rite Calendar, we commemorate the Anniversary of the Deceased Parents of the members of our Order.  The ferial office is prayed, with a commemoration of Ss. Vedast and Amand.  At Pretiosa, the Anniversary is announced as follows:

"The anniversary of our Fathers and Mothers;"

Psalm 129 is prayed, as it always is on the day of an Anniversary.  Afterwards, the Prayer for the Anniversary is prayed:

O God, Lord of mercies, give to the souls of your servants, whose anniversary we keep, the home of refreshment, the blessedness of peace and the brightness of light.  Through Christ our Lord.